The Story of Kingston near Lewes

Kingston near Lewes is a historic Sussex village nestling at the foot of the South Downs some 2 miles south of Lewes.

Kingston’s past has shaped and continues to shape the borders and boundaries of its layout. The lands that surround it today were originally organised from before the Norman Conquest in 1066 in three great open fields known as ‘laines’ which were divided into strips and managed by different owners who changed through the years. The outlines of those fields can still be made out in the landscape today. Coupled with the pasture land on the Downs above and the meadows in the valley of the River Ouse at the other end of the parish, they represent the basis on which the villagers’ livelihood and security depended through the centuries and the backdrop to their daily lives.

The village farms and houses lay along The Street, the core of the village. It was from there that farmworkers walked to work in the village fields or those of the neighbouring settlements at Swanborough and Iford.

That rhythm of agricultural life under changing land ownerships continued from Saxon times (8th-11th century) right through to the beginning of the Victorian period (1837-1901). It was then that the village began to see significant physical change with the old open field system abandoned with the Enclosure Act of 1833 and new forms of consolidated ownership and management of the lands in the village.

The physical layout of the village remained very much centred on The Street until after the First World War (1914-1918). Then the village began to grow and expand, with new housing developments in the 1920s and 1930s spreading along Kingstonridge and The Avenue to the west and along Ashcombe Lane to the north west. Its agricultural character began to change and its population began to diversify.

In the 1940s and 1950s during and after the Second World War (1939-1945), a new phase of housing development began. Former farm buildings were remodelled as residences, a number of existing houses were remodelled and new houses were built along Wellgreen Lane and to the west of The Street.

A further phase of development began in the 1960s when the land between The Avenue and The Street which had been used for small holdings and fruit-growing was developed. This expansion of the village coincided with the establishment of Sussex University in the 1960s and many new village residents were associated with the University. The creation of two large public open spaces, St Pancras Green and the Village Green as a result of these changes created a buffer between the historic core of the village and these later developments.

In the last 50 years, the village has seen continuing development, both in terms of new housing and the remodelling and extension of existing properties. New building has taken place along The Street and along Wellgreen Lane and Ashcombe Lane, while remodelling and extending houses has been a continuous process throughout this period as pressure for housing has grown.

Today’s village reflects both change and continuity down through the centuries. Wherever one looks or walks, the past is still very much in the present helping to define the village’s identity and character. 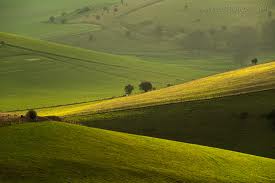